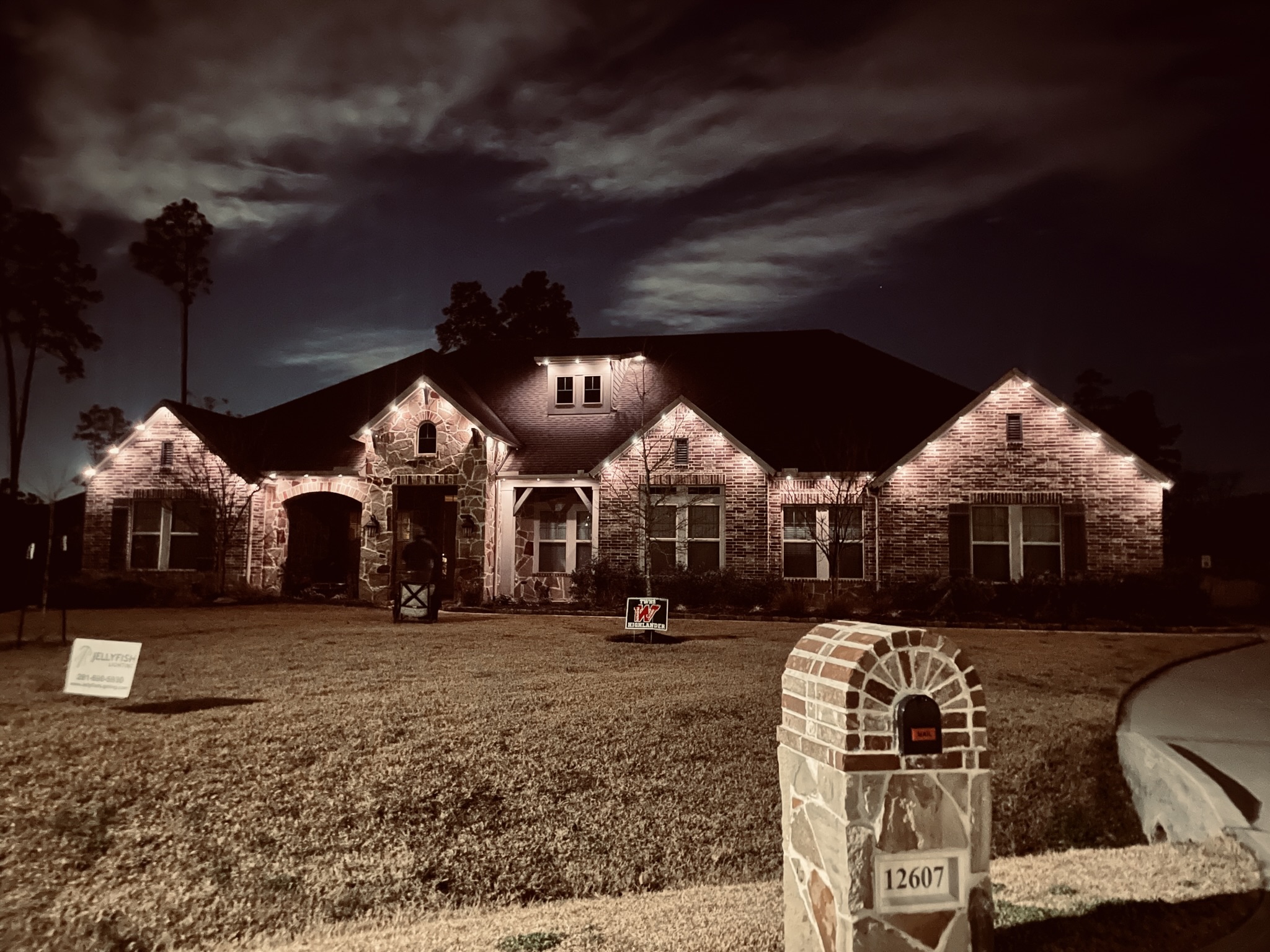 What are can lights?

Can lights are a certain type of light fixture, mostly inside the ceiling; because of this, they don’t take up much space. The housing is the part that goes into the ceiling. The rim around the light that is visible is called the trim. Again, this allows the light to take up basically no space. This makes can lights great for areas with low ceilings. Also, having the downlight come straight from the ceiling rather than hanging down opens the room and makes the ceiling look higher.

Canned lighting, also called recessed lighting, is best for kitchens, bathrooms, and hallways. They provide clear and bright downlight for rooms where you need to see well. Because can lights are in the ceiling, you can have several lights in one room while still having an open ceiling. If you want them to be more decorative, you can choose a more vibrant trim for the lights, which will draw the eye but still not take up space. With other lights, you are limited to just a few to keep the ceiling from getting too cluttered. Recessed lighting looks better and works better when you have your can lights every few feet. They provide more even lighting that way.

In kitchens, it’s best to have strong, bright lights to see the food you’re cooking and preparing. Can lights allow you to have strong, uninterrupted light coming down. Bathrooms are another good place for can lights. You can get waterproof recessed light and trim to use in the shower and bathroom to save space and brighten up the room. Hallways are also a good place for LED recessed lighting. You can lighten up every corner of the hall. Recessed lighting may not be the best in rooms where you want more ambient, soft light, like bedrooms or dining rooms. But for rooms where you want strong, bright downlights, can lights are perfect.

When getting canned lights, it’s a good idea to go with LED lights. LEDs are much more energy efficient, so you’ll save money. They also last much longer, so they don’t need to be replaced as often. LED lights also come in a range of color temperatures, so you can have warm or cold LED recessed lighting for your room.

What are the benefits of using LED light bulbs?

So, why should you use LED lights? First, what exactly are LED lights? LED stands for light emitting diode, and the bulbs create light from the electrical current passing through. First developed in the 60s, LEDs soon became known for their endurance and efficiency. They come in all sorts of colors and color temperatures to match any vibe you want.

The most obvious benefit of LEDs is that they last much longer than other lights. An LED bulb can burn for 50,000 to 100,000 hours before burning out. This means you won’t have to replace your bulbs for years.

LED lights are also way more energy efficient than other lights. This is because most lights produce both useful lumens and waste lumens. With LED lights, fewer lumens are wasted, and more lumens are useful. This means that more of the energy used to power the lights is actually converted to useful light instead of being wasted.

They also operate well in cold temperatures. While other lights require a higher voltage in the cold and don’t glow as brightly, LED lights perform better in cold weather.

LED lights don’t emit heat like other lights. Incandescent lights convert tons of energy into heat instead of light. This is another way that LEDs save energy; they don’t emit heat, so more energy is used to emit light. Besides converting more of the energy into usable light, LEDs staying cool also reduce the risk of fire, making them much safer to use, especially inside with flammable materials like insulation, curtains, rugs, furniture, etc.

LED lights can also be turned on and off quickly without flickering or warming up. Other lights also lose their lifespan when turned on and off repeatedly; LED lights aren’t affected by constant switching on and off. This makes them perfect for sensors and flashing lights on displays.

They require a lower voltage than most types of light bulb, so they are much safer to use for areas prone to flooding or where high voltage isn’t available. They also require less power to turn on.

Recessed lighting usually uses LED bulbs as they are more efficient and of better quality. LED lights are also often dimmable, which is good for home lighting. You can choose a color temperature you like and coordinate your LEDs. Choosing LED recessed lighting will be a much better choice than incandescents. They may be more expensive to buy, but the money you will save overall is well worth it.

LED lights are safer to use than incandescent. They don’t emit heat, so the risk of fire is far lower, especially in can lights in homes when the light is surrounded by insulation. Incandescents work by heating and burning filaments, which produce lots of heat and burn out quickly. Because LEDs are all electrical, they stay cool and don’t burn out as fast. LEDs also don’t contain mercury, which many older lights do. If a light containing mercury breaks, you can be exposed to it. Since LED lights don’t contain mercury, there is no risk of mercury poisoning.

Besides the safety benefits, LED light bulbs are also just more energy efficient. You can reduce your carbon footprint and save money at the same time. LED lights use up to 90% less energy than other lights and are incredibly eco-friendly and sustainable. Because they save so much money, they last much longer than normal bulbs. LED lights will work well for years before you need to replace them. You save money on your energy bill, buy replacement bulbs, and maintain the lights.

LED lights can cost more than other light bulbs, but the higher price is definitely worth it. LEDs last so much longer than other bulbs and operate at a lower cost than other lights, the money you end up saving far outweighs the extra couple of bucks you drop to buy them. A box of 4-5 LED lights usually costs around $10 or $15. Installing LED recessed lighting fixtures can cost between $100 and $500 per light bulb. The price will vary depending on how difficult it is to install the light while avoiding damage to the ceiling and insulation, how much electrical power is available to the room, and the kind of housing units and trim you are using.

Can LED bulbs be put into regular can light fixtures?

Yes, LED light bulbs can be put into almost any ceiling light fixture. There are a few exceptions, like an air-tight fixture or an old dimmer system; these fixtures can shorten the LED’s lifespan. However, most incandescent and halogen light fixtures can easily take LED bulbs, as long as the correct size.

Most modern light fixtures and can lights will use LEDs anyway, but if you have incandescents or halogen lights and want to switch to a LED downlight, it’s pretty simple. Just buying LED bulbs that will fit in your old fixture should work fine.

Can you convert old recess lights to LED?

Replacing old recessed lights with LED lighting isn’t quite as simple, but still easy enough. First, the housing needs to have v-shaped torsion springs and the right brackets to accommodate LED recessed lighting. Usually, you can check this by removing the trim to look at how it’s connected. If you still can’t tell from the trim, you may need to remove the whole housing unit to see. If not, you will need to replace the housing unit as well. Once you have the right housing, you can connect the LED light and put the housing and trim back into the ceiling.

How can JellyFish lighting help me?

JellyFish Lighting creates LED lighting displays that you can put up on your house-no more putting up and taking down different strands of light each holiday. Instead, you can set up one display that you can program using millions of colors with a remote. You can program colored displays for holidays and special occasions while otherwise using the display for ambient or security lighting. In addition, if you like the look of LED recessed lighting, they can install your display with a LED downlight to give a look of recessed lighting for your house and yard. 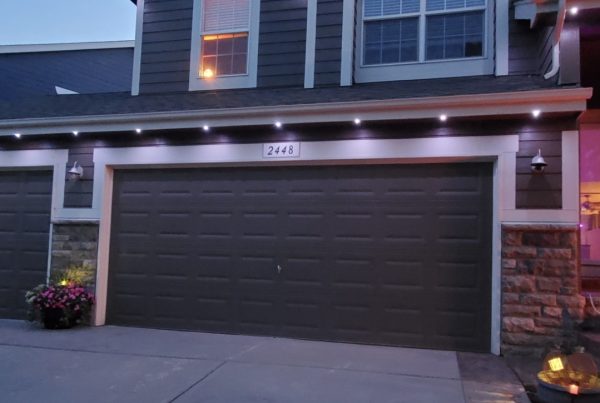 What are can lights? Can lighting, also called recessed lighting, is a type of lighting that is installed in the ceiling. Instead of being fixed…
AmpryDecember 1, 2022 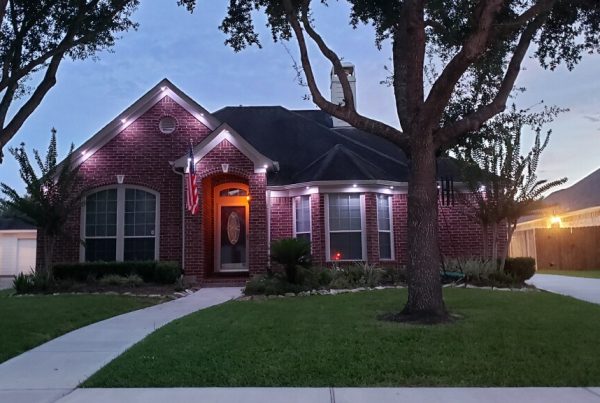 When it comes to LED lighting solutions, there are usually two goals that people have. The first is to make sure that their home and…
AmpryNovember 23, 2022 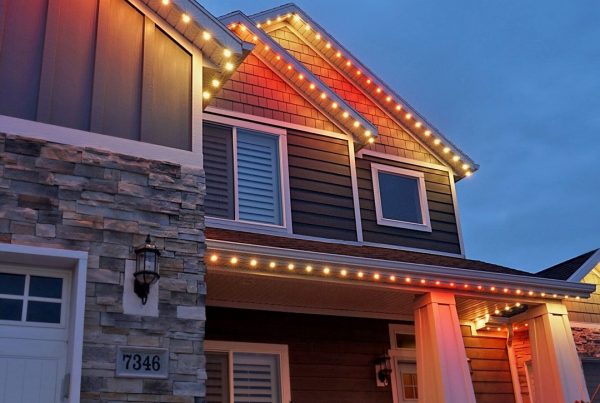