In 2011 our inventor thought that it’d be great to create a permanent solution for Christmas lighting, but still have the ability to use the product for the rest of the year.

After calling over 60 different manufacturers, in 2012 he finally found a color-changing light that was capable and he started installing it on homes. As his company began to grow, the product advanced into what it is today. In 2016 he partnered with a home automation company and continued to grow the company under the JellyFish Lighting name.

What’s with the jellyfish?

JellyFish Lighting is named after the comb jelly, a beautiful invertebrate with eight rows of tiny combs that diffract light to produce a shimmering rainbow effect as it swims through the ocean. Light up your home or business with the technological equivalent of this otherworldly creature. Fun fact: Unlike other jellyfish, the tentacles of comb jellies don’t sting! 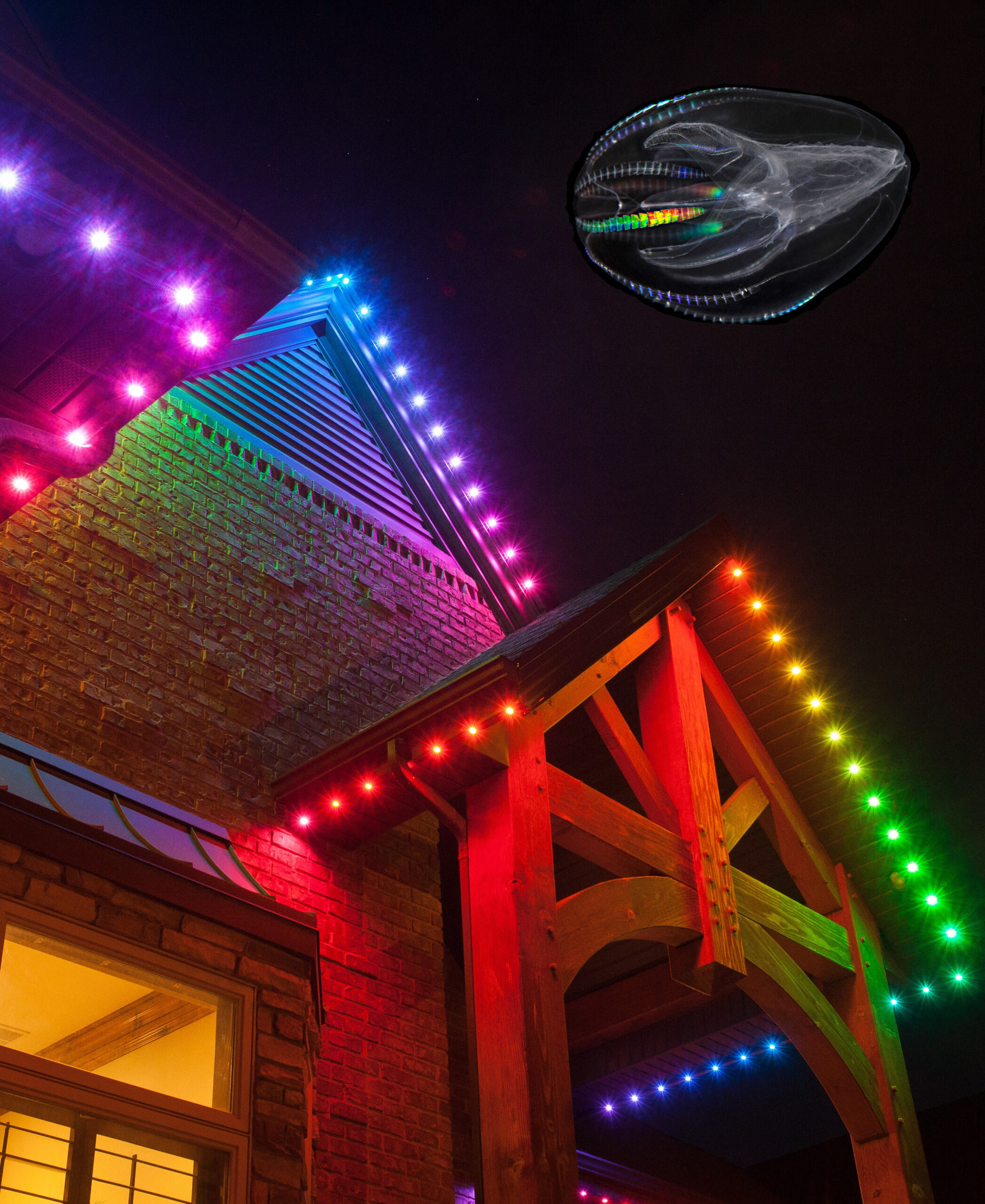